The practice this evening at Alexander's took a totally unexpected turn. I didn't think I'd be able to get to Carnac in the first place, my Peugeot was making such a loud rattling noise. By the time I arrived I was so stressed, I'd been imagining the car was about to blow up any minute.
I was describing the noise to Alexander when Rodrigo arrived. He looked worried, telling us that Kieron, the young English boy from the campsite who had come to one of our previous rehearsals, had gone missing. His mother and sisters had been away in the UK nearly two months, leaving him on his own and he had become more withdrawn. He'd been spending most of the day with Tatiana and Rodrigo, but recently had become more distant . He hadn't been playing his guitar any more and spent hours alone in his caravan. When Tatiana called round to see him this morning there was no answer. The caravan was unlocked and a complete mess inside. She was worried, but no one, including the campsite owners, had any contact details for Kieron's mother. 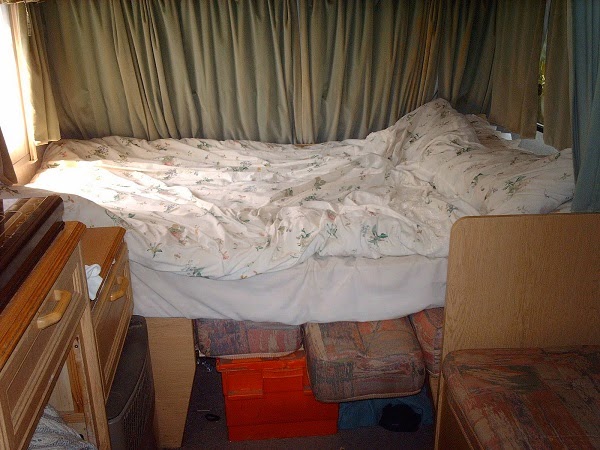 Rodrigo was telling us this and considering whether to call the police when Ines arrived (always the last to turn up at rehearsals). She announced that she had someone she wanted us to meet; a stocky dark-haired man in his forties who she introduced as Gavin. Ines explained that he was an opera singer and had sung at Glyndebourne and recently performed in Milan. She proudly listed of his operatic accomplishments. They had met whilst she was on holiday in Florence. Gavin was describing the rigours of operatic training when Alexander came into the kitchen. "Guess who I just found in the summer house!" Behind him, looking bedraggled and somewhat embarrassed, was Kieron. Rodrigo rushed over and gave him a hug. We asked what he'd been doing in the summerhouse. Apparently, his mother had left him with a small amount of money before she left for the U.K, reassuring him she'd soon be back. However, the campsite owners had been demanding rent from him. Every time he phoned his mother she promised to send more money, but none arrived. His mother is contacting him less and less while the campsite owners continue to harass him, and now he can't even afford to phone her. Rodrigo told him not to worry, assuring him that he could stay with them in their camper van.
Kieron told us he had slept in the summerhouse, intending to leave early in the morning to look for work at the cafés in Carnac. Alexander suggested, rather than return to the campsite, he could stay with him and Simone as they have plenty of room in their house. He told Kieron to go and have a shower and see what he could find to eat in the kitchen. Poor boy; such a relief on his face.
It was difficult to get much practice done as Ines seemed self conscious singing in front of Gavin. She also insisted that he sing for us. At first he objected, but I could tell he loved the attention. He gave us a rendition of Nessun Dorma which was a treat, but Ines was a bit over the top with her praise and applause. They left soon after that, explaining that Gavin had a plane to catch early the next morning. We packed up soon after they'd gone as Rodrigo was anxious to get back to tell Tatiana about Kieron.


I was worried about my return journey but managed to make it back home with the car in one piece!
Posted by Unknown at 03:25