Went over to Celine's for dinner this evening. When I arrived she came out to meet me, telling me to come and take a look at Maximillian, the rabbit we'd saved from the cooking pot a few weeks ago. I'd asked her how he was settling in but she hadn't told me much, just saying he was doing well.
The living room of her little cottage was crammed with bookcases filled right up to the ceiling. I jokingly said I'd need a few weeks to sort all the books into alphabetical and size order!
She had cleared a space in one corner of the room where a rabbit hutch stood. There was no sign of Maximillian. Celine said he must be asleep in the enclosed area of the hutch.
Napoleon was watching us, slumped on a pile of cushions. Celine said he ignores Maximiliian, even when hopping around the room.
She opened the hutch and told me to come and look. Maximillian was laying on a bed of straw.
"Look," said Celine. "Can't you see them?" 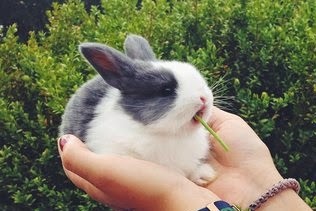 I looked closer. Curled up next to their mother were three tiny rabbits. Maximillian had been pregnant when we rescued her. He is a she! Celine closed the hutch, saying it was best not to pick the babies up or fuss over them as this would upset their mother. They were born two weeks ago. She'd decided not to tell me, but keep them as a surprise. She asked if Madeleine and Benjamin would like to take one of them in about six weeks time. I'm sure they would, not too sure what Solange and Pieter will say though!
Celine had made a Coq au Vin (chicken stew) which we ate with plenty of bread, washed down with what was left of the wine. It was cold outside but warm in the cottage with the log fire crackling away in the little brick fireplace. 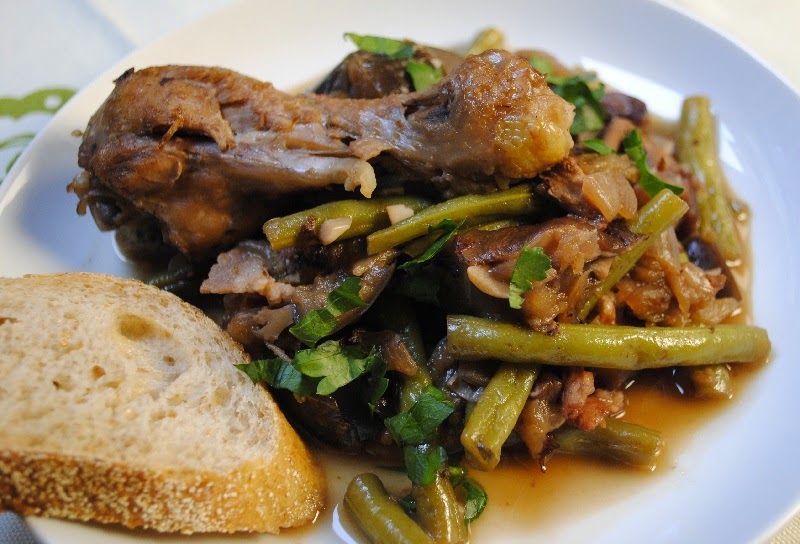 After dinner, as we sat around the fire, I told Celine that Karl had heard from the owner of the haunted house we went to recently. He wanted some more furniture picked up. Karl had asked me to go along with him and we had decided to go on Friday (Halloween) - just for the scare.
I asked Celine if she wanted to come along. She immediately agreed, saying she would be very interested in knowing the history of the house.
While Celine said she's really looking forward to going, I'm not so sure that I am! 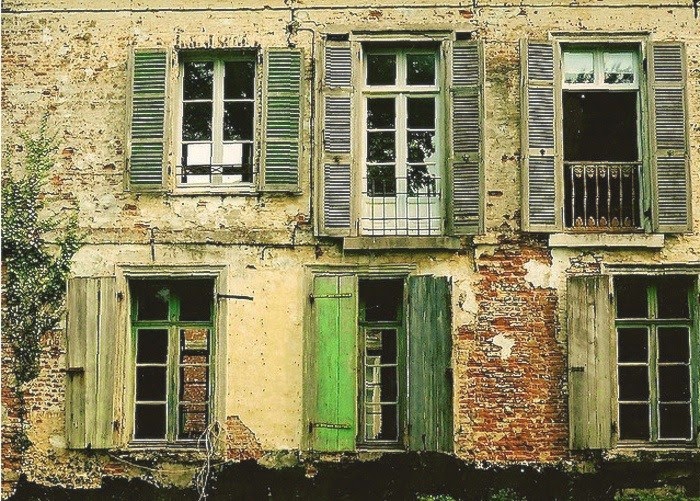