First of all, while it's still fresh in my mind, I must write down the details of the dream I had a couple of days ago. Now, for some reason, I rarely remember my dreams but on Wednesday morning I woke early with Pierre Dupchant (a character from one of my novels) in my head.
Initially, he was laying in the long grass within the grounds of what appeared to be a 16th century abbey. His battered body, covered with cuts and bruises, was resting against a high stone wall which I assumed he had managed to scale. The next moment the scene switched to a dormitory (not unlike my old school) where Pierre was being attended to by a couple of nuns. And that's it, I'm afraid - that's all I remember.
I'm no expert, but I can only assume this dream was brought on because I had been discussing the follow up to my book (Amatore's Restaurant) with Laura earlier this week. Pierre, who is on the run from the Préfecture de Police in Paris, is temporary employed as a waiter at the restaurant in London. Laura and I had been discussing the possible outcome of Pierre's story, and his inevitable arrest, when I had the idea that he could abscond from the police once back in France.
So that could account for the first part of the dream. The rest could be explained by the fact that I happened to be reading a chapter of Boccaccio's, Il Decamerone, which describes the adventures of a gardener at a convent who is seduced by the nuns in turn.
I guess Pierre would love to be in this situation! 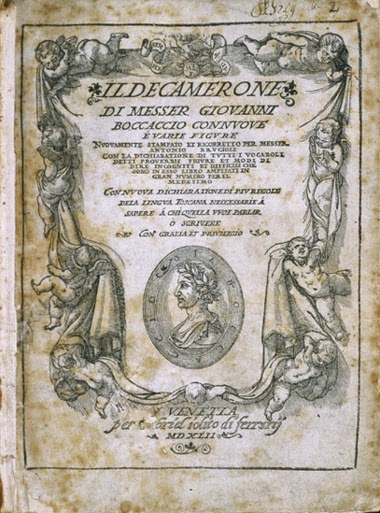 Now for today. The warm weather has returned and I've been sitting outside in the garden most of the morning. Coco is now in my lap while I'm trying to scribble down these notes on a piece of paper. So much for all the work I'd been planning to do! Since the arrival of Pepin, I don't get to see much of the cat so I just don't want to disturb her.
Ines is back from her holiday (in Provence - lucky thing) and we were supposed to have a rehearsal today. But when I phoned Alexander to ask if it was still on, he'd forgotten all about it. I sent Ines a text and she said she'd only just arrived back: "Could we make it next week?"
I'm a bit relieved as I need to get to grips with marketing my books.
Paul came over with Isabelle and Mathilde to say goodbye (they're returning to Paris for the new term). I asked Paul if he's finished preparing his lectures and he launched into a five minute speech about the life and times of the composer Francis Poulenc. I wished them luck with the baby and Isabelle mentioned they'll be back up at the gite for the occasional weekend. They brought me a Kouign-Amann, a Breton butter cake they'd brought back from Dinan yesterday - looks delicious.


As soon as they'd gone Benjamin and Madeleine came running into the cottage. Pepin trotted after them, sniffing around for scraps. I couldn't resist giving him a piece of my cake (even before I've had a taste!)
Posted by Unknown at 09:07