Useful discussion with Laura on Monday about how to promote my book. I've already set up a profile on Goodreads, hopefully this will help. Laura thinks I should finish my historical novel, I've posted a short extract from it on my website. She seems to like it. Must remember to send her the earrings.
Glad Paul and Isabelle invited me to "Le Picnic" in their gite yesterday. Some of the cheeses they had were delicious, especially the one from Normandy, a creamy cheese I think was called Pont-l'Évêque. 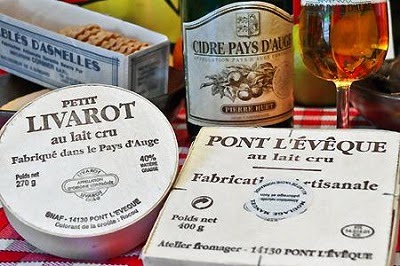 Isabelle had labelled all the different cheeses and laid them out on a tray in the garden. It was nice to sit outside. Mathilde emptied the gite of all its cushions and rugs, carrying them out for us to sit on.
Solange came along and brought Benjamin and Madeleine. She mentioned Pieter is working very long hours at the moment, she's hoping he can take some time off soon. Mathilde was very good with the two little ones, even though she's only nine herself, she was playing the big sister and chasing them round everywhere. Pepin joined in barking like a fou. Isabelle brought out the warm baguettes from the kitchen, didn't take long before they vanished. I always think food tastes better outside (particularly when prepared by someone else). We all had a glass of wine before Paul stood up, cleared his throat, straightened his cravat and began what could only be described as a lecture in a strange mixture of French and English on the delights of cheese.
I took a large piece of Saint Agur which is a blue cheese from the Loire area (I seem to remember seeing that on the supermarket shelves in Brighton). I assumed it must come from the village of Saint Agur but Paul explained that's just a made-up name. This cheese was delicious. I've always loved blue cheese. The problem with Paul is that he does tend to ramble on in a flat monotone voice, (wonder what his students think of him). Isabelle is very quiet - somewhat overshadowed by her husband. There was also Brie and Camembert, which I'm not too keen on. Paul made a big thing of explaining to us about the local Breton cheese, Cure Nantais, they had bought that morning which he explained is a Muscadet wine refined soft cows cheese. 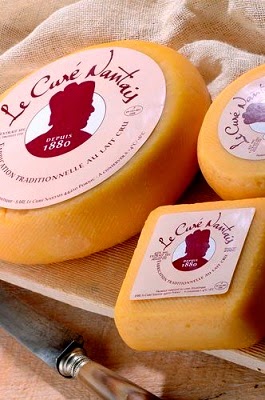 I liked it, the children were funny, they all took a small bite and immediately spat it out. The French do not like putting butter on their baguettes, so I had to go without. Paul wanted me to try the goat's cheese, but I think it's an acquired taste, not too keen on it. I liked the hard cheese called Comte, which comes from the Eastern region of France, near the Swiss border. 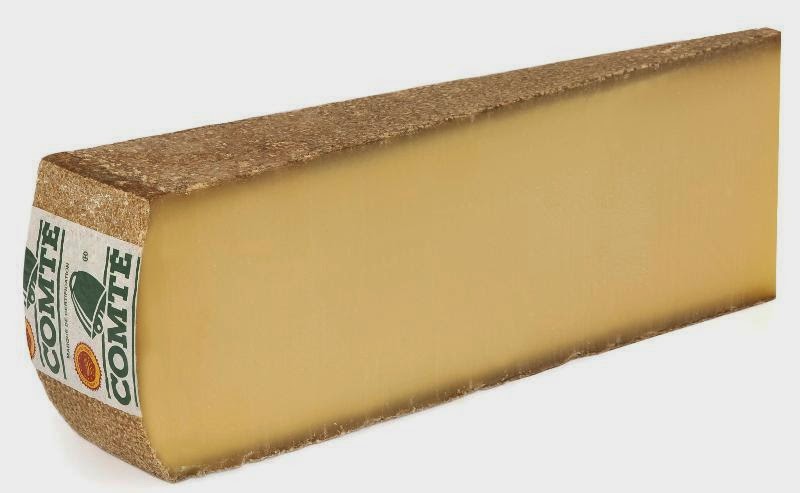 Paul explained that this cheese is still produced in villages using traditional methods. One thing I love about France is the sheer choice and variety of produce to be found in the local markets. I told Paul I'm interested in learning more about French food. And when I mentioned that I'd plan to include this in my blog, he said he'd write it all down for me (hence my vast knowledge - otherwise I wouldn't be able to remember a thing!)
I found Coco sulking behind my sofa when I got back to the cottage. She's not at all happy about Pepin, I'll have to get her a special treat, maybe some fresh fish (I know it's a bit of a myth about all cats liking fish, but this one certainly does!)