I've been feeling so ill over the last week, coughing and sneezing, I haven't felt like doing anything even though I still have the cover of my book to sort out.
It's been so quiet the past few days. Celine is away, visiting her father who's ill and Paul, Isabelle and Mathilde left for Paris this morning. They came over to say goodbye, bringing me a chocolate cake Mathilde had made. They might be back for a weekend before the baby's born. I hope everything goes well for them.
About an hour after Paul and his family left, I had a visit from Stefanie and her boyfriend, Tomas. He's tall and thin with a beard covering most of his face framed with dreadlocks down to his shoulders. Stefanie said her dad had mentioned I hadn't been well so they'd decided to come and see me. They're leaving later today as the new university term is about to start.
It had been raining for most of the morning and from the state of their wet clothes, they'd obviously walked over. They were pleased to come into the warmth. Tomas sat on the living room floor and asked if the sofa was made from real leather. I said I wasn't sure and soon realised this was a mistake as he immediately launched into a lecture about the evils of animal exploitation (I happened to agree with some of the points he was making but didn't get the chance to say). Stefanie nodded enthusiastically during the episode and I got the impression Thomas was used to having an audience. The two of them kept up the conversation, talking over each other rapidly. Tomas had hitched from Germany and turned up two days ago to see Stefanie. They both wanted to hitch back but her dad wouldn't hear of it and has given them enough money for the train journey. I was surprised to hear that Tomas is sleeping in a tent in Karl's garden and asked why he doesn't sleep in the house. Apparently he prefers to be close to nature. I just don't know how can he stand the cold at night! I asked if they lived together in Berlin. Stefanie said no and Tomas described the squat he lives in. Apparently, its location has to be kept secret, otherwise the police might carry out a raid. They both seemed to find this amusing. (I wonder what Karl thinks).
I offered them a drink .Tomas doesn't drink tea or coffee and asked for water after I assured him it comes from a well. I asked if they wanted anything to eat. Tomas said he's a strict vegan and gave me a list of reasons why everyone should be one. Stefanie said she wasn't hungry. (I wonder what excuse she makes for eating meat).
After yet another bout of coughing,Tomas advised me never to take any conventional medicines, which he described as poison. He knew of a recipe for honey and hot water, which he wrote down for me. I've tried endless variations of this and it never seems to help, but thought it best not to say anything. Tomas opened the windows, telling me that artificial heating would make my cold worse. In his world, all chemical and man made materials are evil. (I noticed his clothes were now warm and dry, but I thought it best not to mention this). 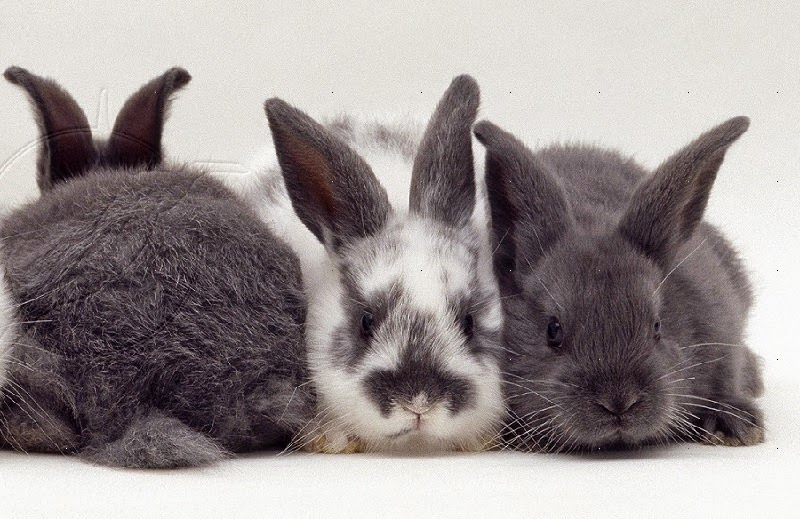 Tomas was stroking Coco who had been sleeping the whole time on the sofa. He asked if I had any other pets. I told them about Pepin next door and the two rabbits that Celine had given to the children. They wanted to go and see them and I explained where the barn was. They had been speaking to me in English the whole time, so I thought it was odd when Stefanie snapped at Tomas in German. He shook his head and said nothing.
They left, saying they would be back, maybe at Easter. I closed the windows and lay on the sofa after they had gone. The silence was a relief but my headache had got worse. After a few minutes I started to wonder why Tomas had been so keen to see the rabbits. I had a sick feeling as it dawned on me that he's probably an animal rights activist and believes keeping animals in cages is cruel. I got up, pulled on my coat and scarf and went out to the barn. Sure enough the door to the hutch was open and the rabbits were gone. I stood in the damp and freezing barn, trying not to panic. Luckily Solange was out and the children at school. The children would be so upset. I searched behind empty crates and boxes but there was no sign of the rabbits. Thank goodness Pepin was out with Solange. If he'd been in the garden he might have chased them, and scared them to death.
It had started to rain again when I went into the garden to search and I was shivering. After about five minutes I found them huddled together behind the lavender bush. They scratched and kicked when I picked them up but I managed to get them safely into the hutch.
I've decided not to say anything to Karl just yet. He wont hear anything negative about Stefanie. I'm annoyed with myself as I should have gone with them to see the rabbits. I'm just relieved I managed to get them back into their hutch.