A very eventful Christmas day. Karl had invited me over to his place and when he discovered Celine was also staying in Brittany over Christmas, he insisted she come too. He had already told me that Stefanie, his daughter, was arriving on Christmas Eve and would be cooking the dinner.
It was a cold, crisp morning and when Celine arrived at my place. She was wrapped in a woolly coat, a long scarf, gloves and a stripy hat. My cottage was warm and and she stood with her back against the radiator, shivering. (Celine hates the cold. I think she'd be far more suited to a tropical climate).
At Karl's the kitchen had been transformed. The big wooden table had been placed in the middle of the of the room and was set for dinner with a tablecloth and napkins and a centre piece arrangement of holly and red candles. Home made paper chains sparkled from the ceiling and strands of tinsel were draped over all the available furniture. (This had to be Stefanie's doing). Jean-Luc was hunched in the corner armchair; an ancient tabby cat purring on his lap. He and Karl were both wearing a red Christmas hats.
Celine was admiring the table when Stefanie came into the room. She was tall and fair, like her dad. She radiated energy, giving the impression of bounding from place to place. She introduced herself and started chatting to Celine about her course at the Free University of Berlin. She too was wearing a Christmas hat and handed one each to me and Celine, insisting we wear them. Karl smiled indulgently at his daughter as he watched us pulling them on. (I have the feeling she can do no wrong as far as he's concerned).
As we were talking there was a loud hooting from outside, followed by a screeching of tyres on the gravel drive. Karl looked out the window and sighed. I guessed it was Marie and her brothers. There was a loud banging on the door. Karl went to open it, whilst Celine and I watched from the kitchen. Marie was standing there in her black knee high boots and dressed in what could only be described as a party frock; a sparkly frilly thing with bows and ribbons, which, on her, looked ridiculous. The twins were standing behind her, arms folded. They were still in their blue overalls, but with one major difference: they were both wearing matching red jumpers, with a design of snowflakes dotted around a smiling reindeer's face. Celine nudged me and laughed. I wondered where on earth Marie had got these from. She said nothing to us, but called her husband's name. Before we had time to say anything, Jean-Luc scuttled past us, out through the door and into the van; no words of thanks to Karl, no Happy Christmas: nothing. We watched as they sped off. Karl shrugged and said in a way he was relieved Jean-Luc was no longer his problem.
In the kitchen Stefanie had put on a CD of Christmas songs, and urged Celine to sing along with her. Karl and I were then treated to a tuneless rendition of "I'm dreaming of a white Christmas". 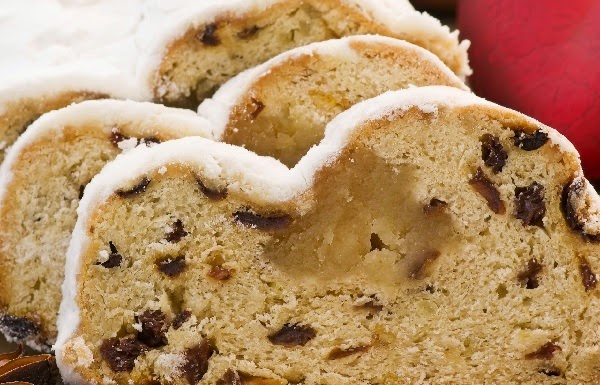 Stefanie said she had thought for a long time about the dinner and had decided to include French, German and British traditional recipes. Karl said she'd got up at five o'clock, been for an hour's run through the country lanes, and then started preparing dinner on her return. It might be her age but I wonder if she'll have the same energy when she's fifty.
The first course of grilled leeks and stewed garlic on toast was delicious. Celine asked if Stefanie wanted any help but she was already there, serving the main course; a rack of lamb with Rosemary and thyme. She had prepared whipped potatoes with garlic and cheese accompanied by herbed haricot verts and carrots. She carried over a bowl over to me and proudly lifted the lid to present roast potatoes and Brussels sprouts, saying she'd researched British Christmas traditions and these were in honour of me. The food was excellent! Karl said that a lot of German families have goose for their main course, but having so many in his lake he couldn't do this. Celine had read somewhere that carp is a German delicacy at Christmas, but Karl said it depends on where you live. In Berlin, families would have roasted pork or goose.
For dessert Stefanie had brought over a Stollen from Berlin. This is a cake filled with dried fruit and swirls of marzipan, served with whipped cream. To accompany it we had a large jug of Gluhwein; a mulled wine served warm. We had almost finished when, to my amazement, Stefanie announced she wanted to see the dolmens at Carnac, and now would be a good time. Karl said we were all too full up to go out and it was too cold. But she insisted, saying that as she didn't drink, she would do the driving. It was two o'clock and the light was already beginning to fade, but I could see that Stefanie was used to having her own way and it felt mean to complain after she'd cooked us such a lovely dinner. She took the van keys from Karl, and ran out into the driveway. The three of us wrapped ourselves in hats and coats and followed slowly behind. We set off, Celine giving directions, whilst Karl snored away in the front seat. I could feel myself slipping off to sleep, but Celine kept nudging me.
It took us about half an hour to reach the main site of standing stones, just outside Carnac. The place was deserted, as were the roads: everyone, presumably, at home in the warm. As soon as we arrived Stefanie got out her phone and started taking pictures. She asked if we knew why the stones were arranged in perfect straight lines. Celine said it was because they were believed to be a Roman Legion which was turned to stone by the wizard, Merlin. She said there are more than three thousand standing stones in the area, taken from local rock and erected by the pre-Celtic people of Brittany. They are the largest collection of such stones in the world, some believe they date back to 4500 B.C. The three of us shivered, as we watched Stefanie take endless pictures.

We were freezing, but Stefanie doesn't seem to feel the cold. Karl called her to come back into the van as darkness was falling and it would soon be impossible to see anything.
Back at Karl's we made coffee while Stefanie went up to her room to use her laptop. Karl told up her mum had died when she was six and it had been hard for both of them. He said he's very proud of her but admits he finds it difficult to say no. Celine said she's a lovely girl and was impressed by her cooking skills. I added she has a good future ahead of her, she's doing well at university. Karl said she hopes to become a lecturer. (It's obvious he loves having her around. I don't think he'll want her to go back).
We drank more of the Gluhwein, and fell asleep on the sofas.
I woke with a start to the sound of music playing. Stefanie was clearing the table, singing along to a Christmas Carol while Celine and Karl were discussing German folklore. The fire in the big old hearth had been made up and the kitchen was warm and cosy. We stayed up late into the night, talking, until all of us (apart from Stefanie) drifted back to sleep.