Last night was Gavin and Ines' engagement party. I wasn't keen on going but I'd mentioned it to Celine who said she was looking forward to it. When she arrived at my place she showed me the present she'd bought them; a tea set she'd got from a market last week. I was relieved when she said it was from both of us -- otherwise I'd have been going to the party empty handed!
I had already described Gavin's house to Celine, but she was still surprised at how masculine the inside was (all black and minimalist). Ines and Gavin, arms linked, were greeting guests at the door to the conservatory. Gavin moved over to a group of admirers (laughing in his usual boisterous way) as Ines showed us her ring which Celine dutifully admired (big and garish - not what I would have thought was her style). Ines fussed over our gift and placed it with the others arranged around a large framed photograph of the happy couple. I looked around at the guests, there must have been about thirty people and it was clear that no expense had been spared for the event. A firm of caterers had obviously been engaged, as two girls in matching uniforms were serving a buffet one end of the room. A large banner with Congratulations to Ines and Gavin hung from the chandeliers. Celine also pointed out that all the flower arrangements must have been done by a professional florist.
We were introduced to Ines' parents who had travelled up from Spain. Her mother only spoke Spanish but her father's English was quite good and we chatted for a while about Barcelona. Celine said she visited there once. She had taken a tour of the city on an open-top double decker bus, hoping to get a better view but it rained constantly. However, she refused to budge!
Ines' brother and sister-in-law came over and introduced themselves. Her brother is an art teacher. Celine asked what he thought of city's Picasso Museum. He said not enough had been done by the city to promote it's connections with the artist who, after all, had lived there at various times in his life.
I noticed Gavin's elderly mother slumped on one of the black leather sofas (just as she had been the first time we had met). She was humming along to the background music -- one of Gavin's own performances -- and I noticed Ines' songs had not been included.
The food was very good: canapés, vol-au-vonts, assorted meats and a variety of cheese. I was topping up my plate when Alexander called me over. He'd brought Kieron along who told me how he'd taken on a waiter's job at one of the restaurants in Carnac. He didn't want to return to England and planned to stay in France. I asked him about the campsite. He said he was relieved to be away from the place and hadn't been back. He's heard from Rodrigo and Tatiana who are now staying with Tatiana's parents and looking for a place of their own. I can't imagine how any of them would have managed on the campsite in this freezing weather.
Alexander introduced us to a couple of teachers who work at the same language school as Ines. One was from Berlin, so I told her about Karl and gave her his e-mail address, saying he's always looking for the chance to speak to anyone in his own language.
Celine was talking to Michel, our new drummer, and his wife Antoinette. Michel was describing Canada and how much he misses it (I noticed Antoinette said nothing on this subject). I think there's a bit of tension there. I was discussing our last rehearsal with Michel when Gavin, standing at the piano, broke into song. The room waited in silence until he finished the final phrase with a theatrical bow. Ines, standing alongside, beamed while everyone applauded. Michel and Antoinette said they had to leave as they had to get back for the babysitter. 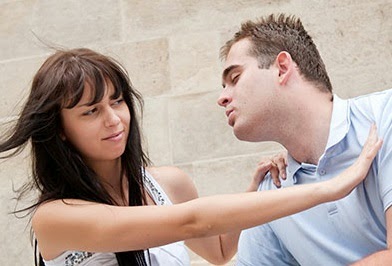 Celine said it was hot and stuffy in the room and needed some fresh air. I watched her wander over to french windows and step out into the night. I was talking to Alexander when I noticed Celine returning from the garden, followed by Ines and Gavin. Both women looked upset. As Celine came over towards me, I could see at once that something was wrong. She beckoned me out into the hallway and told me that Gavin had also been outside. At first they were chatting and joking, then said she was beautiful, grabbed hold of her, and tried to kiss her. She pulled away. But, at that exact moment, Ines came out into the garden and saw them. Although it was obvious she was trying to get away, Ines became aggressive; demanding to know what she was up to. Celine explained what had happened while Gavin just stood there with a stupid smile on his face. When Ines questioned him, he'd shrugged and said he understood how it was difficult for any woman to face rejection. At that point Celine stormed back into the conservatory.
I was not at all surprised by this; Gavin is obviously a serial womaniser and Ines is blinded to it. Celine agreed, there was no way he will be faithful to Ines. She said she wanted to leave and would wait for me in the car.
I went back into the conservatory. Gavin and Ines were talking to her parents, his am round her waist, as though nothing had happened. Ines came over and launched into a rant about Celine, saying I should be careful as I didn't know what she was really like. While I didn't want to spoil her engagement party, I felt I had to point out that Gavin had made a pass at Celine. She dismissed this, saying I was mistaken and I would soon come to my senses.
I said goodbye and left.
Celine was upset but said she'd try to forget it as she was sure Gavin probably does this sort of thing all the time. We both thought it was a shame the evening had been ruined. I felt bad for Celine. She'd already had to change her phone number because of the silent calls she's been getting. And now this. We both wondered when, if ever, Ines will come to her senses.