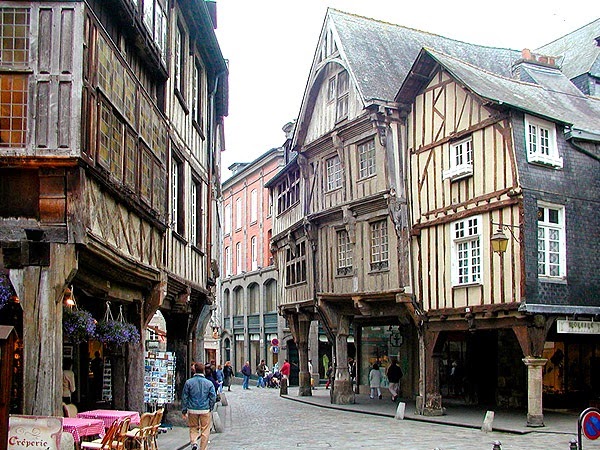 Karl was quiet on the journey yesterday. We were on our way to pick up some furniture from a house near Dinan. Whilst the blues music was playing at full volume on his CD player, he wasn't singing along to it; definitely out of character. I asked him what the problem was.
Apparently his daughter, Stefanie, has moved into a squat with her boyfriend, Tomas. She's still attending lectures and keeping up with her university course, but he's concerned she's on the point of dropping out. She's always been a clever girl but impulsive and prone to making rash decisions. She's besotted with Tomas, but Karl believes she's going to get hurt. I'm inclined to agree. Although I've only met Tomas once, he seemed very self-centred and domineering. I suggested Karl should ask them down to visit for a while. This way he can see what's going on.
It took us a while to find the house. The owner had e-mailed directions which were impossible to follow and we drove down the lane several times before we found the place. The house; traditional stone built had an air of neglect about it. The front was overgrown with weeds and the paint on the shutters and door, once a bright blue, was beginning to flake.
The owner was waiting outside when we arrived; a slim, pretty woman, with dark hair, almost black. At first, she appeared to be tall. However, she was standing next to a door frame you needed to duck under, and it turned out she couldn't be much more than five foot tall. She introduced herself as Natalie.
We followed her through a long narrow hallway into a dining room. The room was large and bright; most of the space taken up with half empty bookcases. Two windows looked out onto the back of the property; a large garden with lawns and a circular flower bed invaded with bindweed and nettles. In the centre of the room stood a solid mahogany table and chairs. Natalie also showed us a sideboard which stood in an alcove leading from the dining room. She was talking about the house and describing how her children had been happy growing up there. I thought there was a sadness about her, as if she had been alone for some time. Karl carried out his usual inspection of the furniture but I got the impression he was more interested in Natalie. He kept glancing at her with a puzzled expression and I wondered if she'd noticed; if she had, she gave no sign. She was more concerned in relating her story. She ran her hand along the sideboard, telling us it had been a wedding present from her parents in law. For a moment I thought she was about to cry. She and Karl eventually agreed a price for the furniture and she asked if we wanted tea or coffee. Before waiting for the answer, she turned and walked towards the kitchen.
The kitchen was a large tiled room with fitted wooden cabinets and a traditional cooking range. While we sat at the table, Karl was quiet and, again, I noticed him studying Natalie. True, she was attractive, but I had the feeling there was some other reason for his interest; as if he recognised her from somewhere.
When she sat down, she explained that the house and contents had to be sold to pay off debts. Her husband had left and was living in a modern apartment in Rennes. In the last few years they had many problems, money, illness, problems with their children and there had been an affair. Her children were grown up, living in different parts of the country. She laughed and said she didn't know why she was telling us this and was sorry to bore us. (I didn't mind. I'm always keen to hear about other people's lives). Of course, I felt sorry for her. It was obvious she'd been very hurt.
She watched as we loaded the furniture into the van and waved as we drove off. Before Karl had a chance to turn his music on I asked if he'd met her before. He seemed annoyed, wanting to know why I should think that. I said it was because I'd noticed him staring at her and asked if he fancied her. He ignored this last question and just switched his CD on.
We stopped for lunch in La Place des Merciers, a square surrounded by timber-framed buildings in the old town of Dinan. It was here that Karl told me about Julia, a woman he had known in Germany. Apparently Natalie was her exact double; her doppelgänger. He said she even had the similar taste in clothes and had the same gestures and mannerisms as Julia. Seeing her had brought back painful memories. 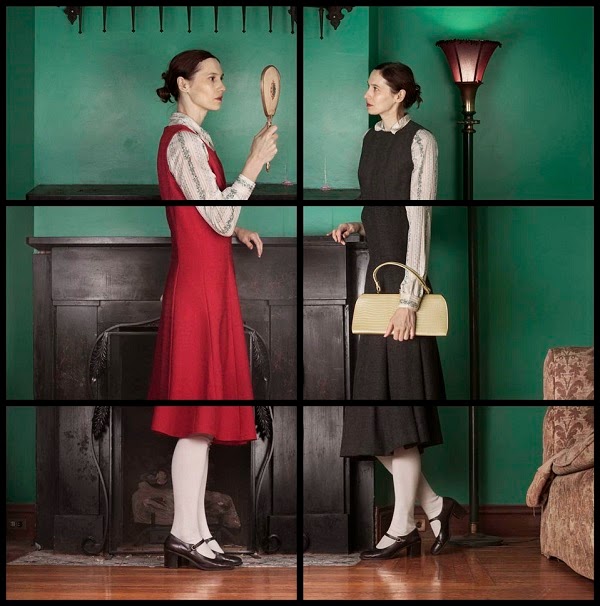 After Karl's wife died he wasn't interested in seeing anybody for a long time but eventually met Julia, Stefanie's teacher, at a parent's evening. There was an instant attraction and they started dating. It soon became clear that Julia had a drink problem. At first Karl thought nothing of this, but when he stayed at Julia's apartment he discovered bottles of whiskey and vodka hidden in cupboards and under the bed. She denied she had a problem, insisting she could stop at any time. Things took a turn for the worse. She was under a lot of stress at school and confessed to Karl that she was drinking during the lunch break and between lessons. A parent complained that her breath smelt of alcohol and she was suspended. Karl suggested she seek professional help, but even at this stage she still denied she had a problem. He wanted to help her but didn't know how. A week after being suspended she phoned him to say she'd been caught drink driving and was going to lose her licence. She begged him to come round. It was half three in the morning and when she opened the door he was shocked at her appearance: she was a mess. The apartment was unrecognisable; half eaten takeaways and empty bottles scattered everywhere. Karl lost his patience and told her that, unless she got professional help, their relationship was finished.
Several days later he had a phone call from her sister. Julia had taken an overdose and had been found dead in her apartment. This was a terrible shock to Karl. Soon after her death Karl moved to Brittany while his daughter, Stefanie, stayed with her aunt in Berlin to finish her schooling.
It had been such a shock yesterday for Karl seeing Natalie and bringing back all these memories. For a long time after the event he had blamed himself; replaying their last meeting in his head. I said I didn't see what else he could have done. 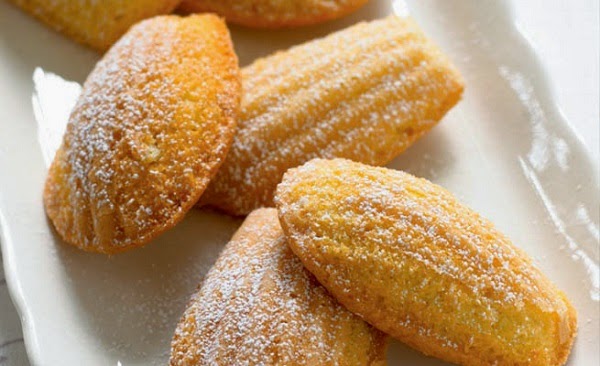 Back at my cottage I was thinking about all this when there was a knock at the door and Ann Sofie came in, followed by Benjamin and Madeleine. They had been making Madeleines, a kind of Breton butter cake. Madeleine was very excited about the cakes having her name. It's difficult to understand her speech sometimes, but she's only three! They brought a whole plate of cakes for me and stayed for a while to help me eat them.


They certainly cheered me up!
Posted by Unknown at 10:54